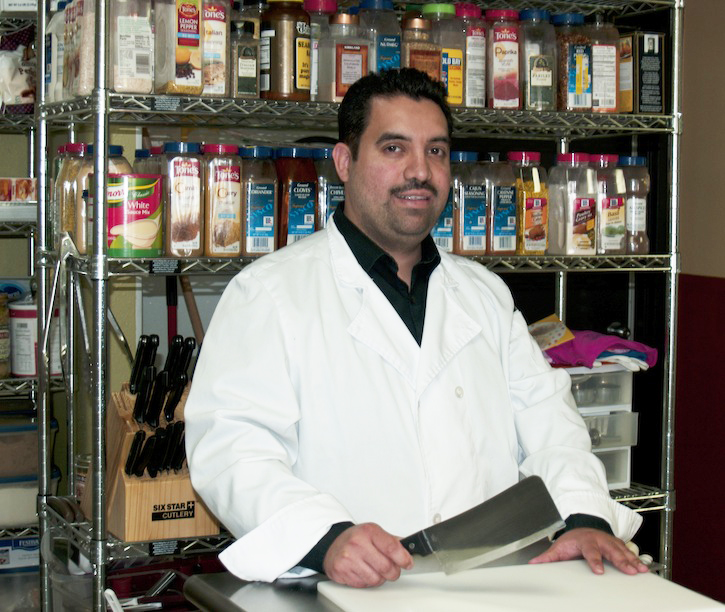 In a world where 53% of adults don’t believe they can cook as well as their mothers or grandmothers and 57% of young adults are eating fast food at least once a week, Alex Marqueda is cooking up a plan to defy the odds.   The ambitious owner of Ready Made Dinners on Tudor Road is a self-taught chef whose culinary education began with his grandmother in Mexico City and turned into a delicious career.  He opened the business earlier this year to provide freshly prepared meals that busy families can pick up and cook at home.

But this Anchorage restaurant offers more than the promise of convenience and healthy meals.  Cooking skills are so important to Marqueda that he started a program called Kids In the Kitchen where he offers small group classes on basic food preparation and nutrition to kids between the ages of six and eighteen.

“Food makes people connect and families need a lot of that,” said Marqueda.  “There’s so much technology.  Ten years ago you would never see a kid with a cell phone because they couldn’t even afford it.  Nowadays you see a four year old who knows how to use an iPod better than his parents, but can he make a sandwich?  Probably not.  So I think that teaching kids how to cook goes beyond just making a meal.  It’s way more than that.”

The classes offer a fun and creative opportunity to experiment with new foods and flavors, but most kids are used to fast food and skeptical of anything that looks unfamiliar.  In order to get them interested in the recipes he begins each session with samples of the meal they will make and discussions about the culture it originated in.

“When they taste something that is healthy for them they reject it because their taste buds are not used to that.  So we don’t tell them what’s in it first.  We let them taste it first, they love it, and then we teach them how you make it.  So it’s a little bit of reverse psychology.”

Marqueda provides a wide variety of ingredients to experiment with and each child has the freedom to build on basic recipes and find out what they like.  By the time they’re done cooking the miniature chefs are thrilled to go home and show off their new skills.

“They love it because they can do it here and know that they’re probably not going to be allowed to do that at home.  And the parents love that there is a place where they’ll be able to do that and they won’t have to clean up.”

For more information on Ready Made Meals or Kids In The Kitchen, visit Facebook or readymademeals.com.